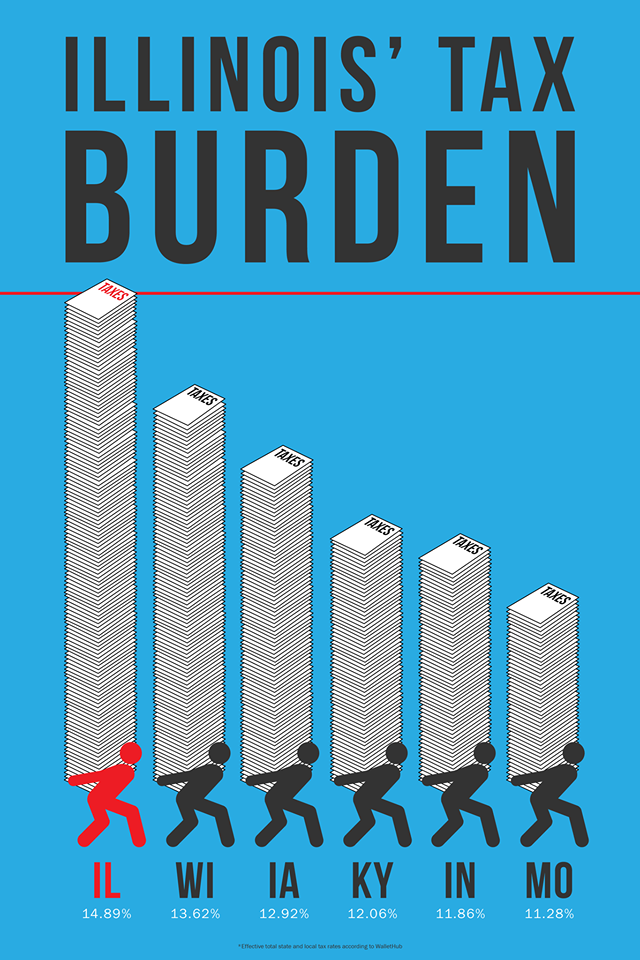 “The General Assembly cannot continue spending money frivolously and expect Illinois taxpayers to pick up the tab with more tax increases like this progressive income tax proposal from the Democrat party,” Durkin said. “It is our constitutional duty to protect our constituents, and we will remain firm as a caucus on blocking any progressive tax measures.”

Sosnowski echoed Durkin’s remarks, adding, “These progressive income tax proposals would raise taxes on most Illinoisans, including the vast majority of people living in Boone and Winnebago Counties. By implementing a progressive income tax, we would be driving higher income earners out of Illinois and saddling middle-class families with a huge tax increase, all without any spending reforms whatsoever. This is the wrong solution for Illinois.”

Illinois already has the highest effective state and local tax burden in the nation, according to a report by WalletHub. Studies have shown that states with progressive income taxes create even more of a tax burden on the middle class and dissuade economic prosperity.