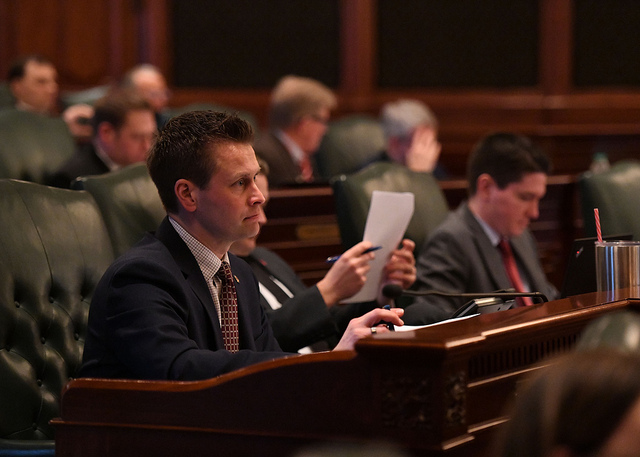 “With Illinois facing a yearly exodus of nearly 50,000 residents, I’m not sure how $5 billion in new taxes proposed by the Governor is going to help. The Governor offered an old playbook we’ve seen before in Springfield for years – tax, borrow and spend. Governor Pritzker’s pension plan relies on more borrowing, pseudo-pension holidays and kicking the can further down the road. In fact, these are the same pension gimmicks that Rod Blagojevich relied on for his phony budgets for years.

“The Governor’s budget offers no property tax relief. It does nothing to help job creators. It does nothing to pay down the state’s $8 billion backlog of unpaid bills. Unfortunately, this was a speech based on keeping campaign promises and increased spending instead of dealing with the fiscal realities of our state.”