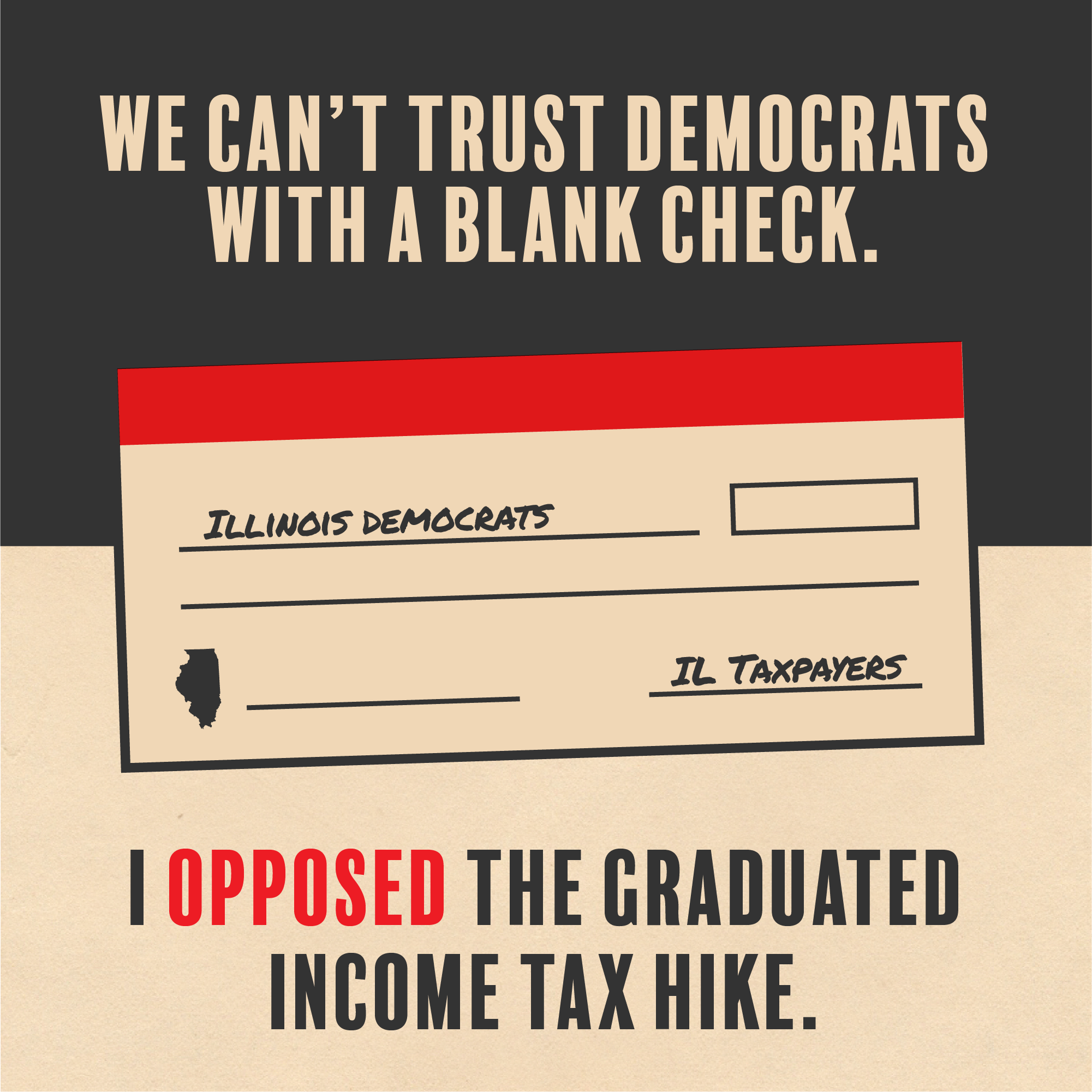 “The graduated tax is a blank check for Democrats to raise income taxes over and over again. Make no mistake – Governor Pritzker’s candid admission that he cannot give any guarantees that there won’t be more changes to the rates means higher taxes on middle-income earners in the not-too-distant future should the graduated tax become law. When Springfield politicians raised our taxes in 2011 and 2017, they made promises they did not keep about why those income tax hikes were needed. Why should we trust them again now? The truth is, we can’t.”

The legislation is Senate Joint Resolution Constitutional Amendment #1. It was previously approved by the State Senate on May 1 along party lines in a vote of 40-19.