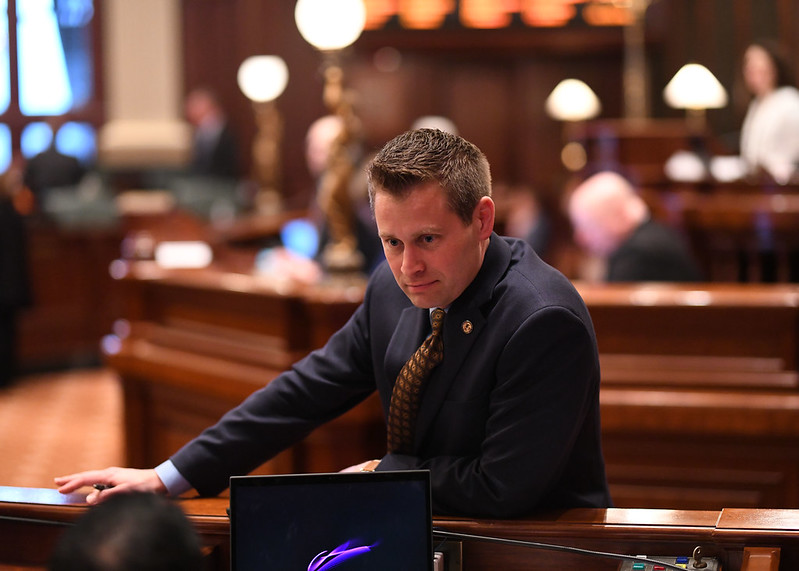 Illinois stands at the center of the nation’s transportation system. Our roads, rails, airports and rivers carry more commerce than any other state. Yet we’ve seen what decades of neglect have done to our roads. To address this, the General Assembly voted to approve a capital bill to repair and upgrade Illinois’ vast network of roads and bridges, including here locally in the Stateline region. This is the first such capital bill in a decade, during which Illinois’ transportation infrastructure has fallen into disrepair.

Investing in our infrastructure is essential both to the economy and for public safety. In order to compete with other Midwestern states when it comes to attracting and retaining new jobs, Illinois must maintain a safe, reliable and efficient network of roads and bridges. Doing so, however, comes at a cost.

An increase in the state’s gas tax and vehicle registration fees are understandably unpopular; however, there’s more to the story that what you’ve heard. A large number of other taxes and fees were originally part of the capital bill, but we were able to remove many of them including a water bottle tax, bag tax, streaming and cable/satellite taxes, real estate transfer taxes, rideshare fees, and beer/ liquor taxes to name a few. Other additional taxes that were proposed totaled well over $600 million.

Getting these taxes and fees taken out of the final capital bill was a big win for Illinois taxpayers, but this comes with a warning: Illinois residents need to pay attention because these tax proposals could arise again.  Elections have consequences.  When there are supermajorities in both chambers and a Governor from the same party, there is not good balance in government.

The investments that will be made in transportation projects here in the Stateline region will rebuild aging infrastructure, create jobs and make our roadways safer. My vote for the capital bill will help to ensure that local families get safely to and from work, school, worship and recreational activities on Illinois’ roadways for years to come.

One additional reason I felt more comfortable with the infrastructure improvement is that it is constitutionally protected.  To those who worry that Springfield politicians will raid the transportation funds raised by the capital bill to pay for other state spending, it will never happen unless Illinois residents vote to allow it to happen.  In 2016, almost four out of every five voters approved the Transportation Lockbox Amendment to our state Constitution, mandating that gas taxes be spent only on infrastructure.

In short, the capital bill makes a long overdue investment in our transportation needs to position Illinois for growth and success for years to come. While additional costs are never celebrated, it’s infrastructure investment that needed to be made.