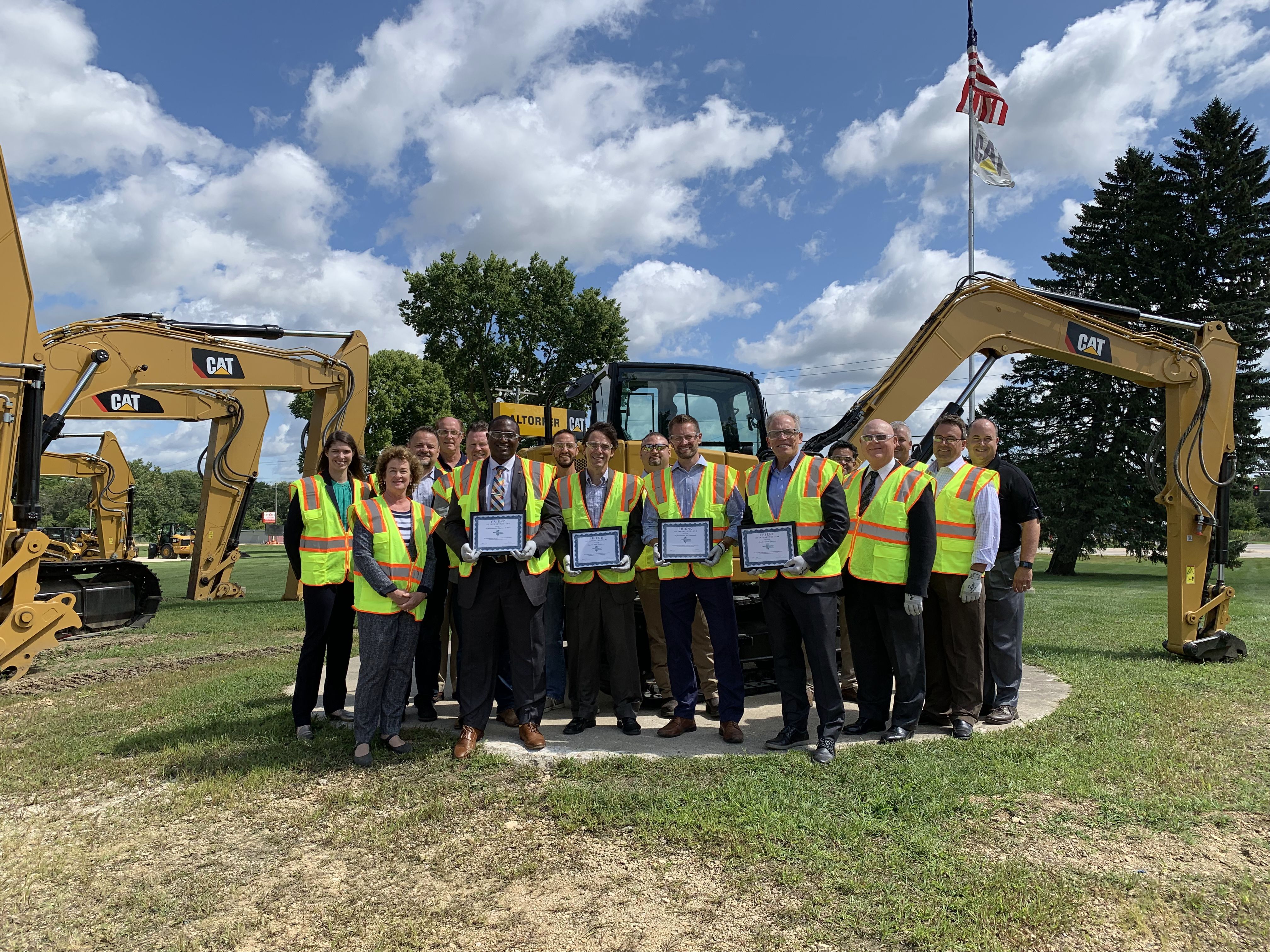 Illinois took a critical step forward in investing in a better economic future this spring, and State Representative Joe Sosnowski, R-Rockford, was honored for the role he played to make it happen.

Representative Sosnowski received the Friend of Infrastructure Award from the Transportation for Illinois Coalition this week for supporting the state’s new $45 billion capital construction program.

TFIC, an umbrella organization of business, labor and transportation groups advocating for nearly 20 years in Springfield for transportation investment, has worked closely with lawmakers in Springfield on the state’s first capital program in 10 years. Funding shortfalls over the past decade, and extending for many years before, caused many painful problems on Illinois’ transportation system: broken concrete and dangerous potholes, frustrating traffic congestion and delayed transit trips, and real safety concerns.

At the end of the spring legislative session in May, Democrats and Republicans in the General Assembly came together to approve a significant new capital program for transportation and many other needs. TFIC honored Stateline-area lawmakers who supported the program at an event held at Altorfer CAT in Rockford on August 28.

“After Illinois’ recent history of dysfunction, the historic and bipartisan vote for infrastructure investment sends a strong and positive message to residents and taxpayers,” writes TFIC Managing Director Jennifer Morrison in a letter included with the Friend of Infrastructure Award. “Elected officials believe in Illinois and its future and are here to make sure investments that benefit all citizens are made in a responsible way. Thank you for your leadership!”

Representative Sosnowski said the Friend of Infrastructure Award is a humbling honor, and one that helps confirm the infrastructure vote was difficult but sorely needed.

“Every day, Stateline area families drive over roads filled with potholes, wait in traffic, and wonder about those bridges they’re traveling over that are showing cracks and signs of serious wear,” Representative Sosnowski said. “I was proud to stand up for a stronger economy and a safer Illinois by voting to invest in our infrastructure, and I appreciate the recognition from the dedicated advocates in TFIC for supporting our future and moving Illinois forward.”