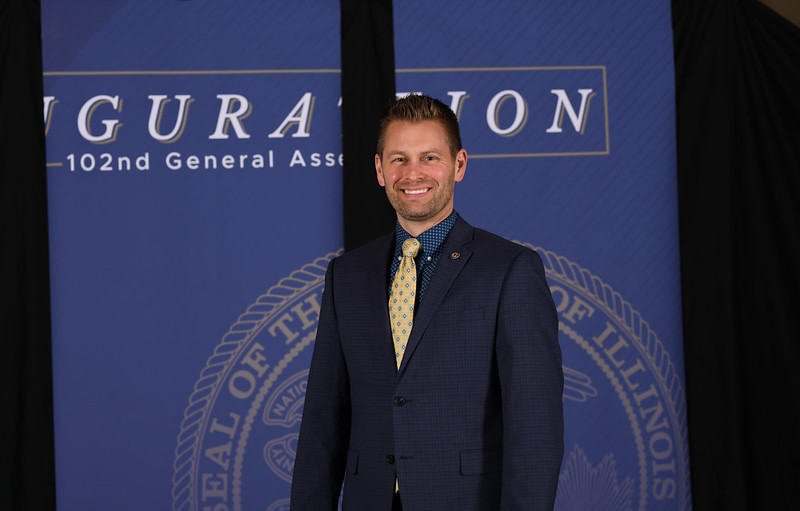 State Representative Joe Sosnowski, R-Rockford, took the oath of office for his sixth term on Wednesday, joining all 118 members of the Illinois House of Representatives for the inauguration of the 102nd General Assembly held at the Bank of Springfield Center. Sosnowski has served the 69th District since 2011 representing portions of Winnebago and Boone Counties.

“We are going to fight against proposed tax increases and work together to find common ground with the Governor on needed changes to create jobs, strengthen schools and enact true property tax relief,” Sosnowski said. “Illinois presently ranks second in the nation for people leaving for lower taxes and better opportunities elsewhere. Our first and most immediate priority in 2021 is to reverse this trend by making Illinois more competitive for job creators and more affordable for families and seniors.”

The Illinois House of Representatives is comprised of 73 Democrats and 45 Republicans for the 2021-2023 term. Following the swearing in, Representative Chris Welch of Hillside was elected Speaker of the House and Representative Jim Durkin of Western Springs was re-elected House Minority Leader.

Representative Sosnowski served as Alderman on the Rockford City Council representing Ward 1 prior to being elected to the Illinois House of Representatives in November 2010. He worked 11 years at Rockford Christian Schools, where he served as the Director of Institutional Advancement until January 2020 when he stepped down to pursue a Masters degree in Public Administration at Northern Illinois University.

Representative Sosnowski’s district office is located at 305 Amphitheater Drive in Rockford. The office is open by appointment only M-F between the hours of 11:00am – 4:00pm while the Stateline region remains under COVID-19 mitigations.

The 69th District includes most of Boone County as well as eastern/northern Winnebago County; including South Beloit and Rockton along with portions of Rockford, Roscoe, Cherry Valley, and Loves Park. Constituents with issues regarding state government, ideas for legislation or any questions or concerns are welcome to contact Sosnowski’s district office at (815) 547-3436.