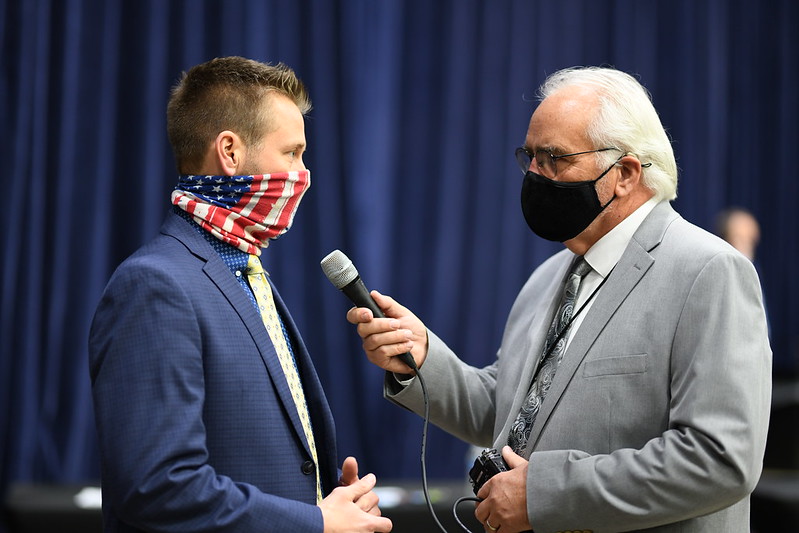 “Today, the Governor refused to accept any responsibility for the state’s fiscal challenges or his administration’s failure to fix the unemployment claims process, or his failure to prevent thousands of Illinois residents from being victimized by unemployment fraud, or his failure to protect the lives of veterans in the state’s care, or for destroying sectors of the economy through extreme shut-down measures that only targeted certain businesses like small family-owned restaurants and shops.

“Today the Governor blamed Republicans in the legislature for Illinois’ budget woes, even though Democrats hold a supermajority in both the State House and Senate and have had complete control of state government for 14 of the past 18 years. He also blamed congressional Republicans, despite the fact that Democrats enjoy a majority in Congress.

“JB Pritzker has been Governor for more than two years now. It’s time that he began taking responsibility and starts leading instead of pointing fingers. Illinois doesn’t have time for his rhetoric and failed policies.  After record-high spending in his budgets the past two years, this year’s proposal is out of balance by $1.653 billion when based on current law, and not proposed tax increases and “free” federal money that the Governor assumes will happen. That will be a deficit on top of the $4.7 billion unpaid bill backlog, $4.3 billion in short-term debt and $141 billion in unfunded pension liabilities.

“Just like this budget proposal, Governor Pritzker’s go-it-alone approach has had disastrous results for the people of the State of Illinois. If he decides to change course and reach across the aisle to work together in honest collaboration with Republicans and Democrats, I’m ready to help pass a truly balanced budget that meets the needs of families here in the Stateline and across Illinois.”