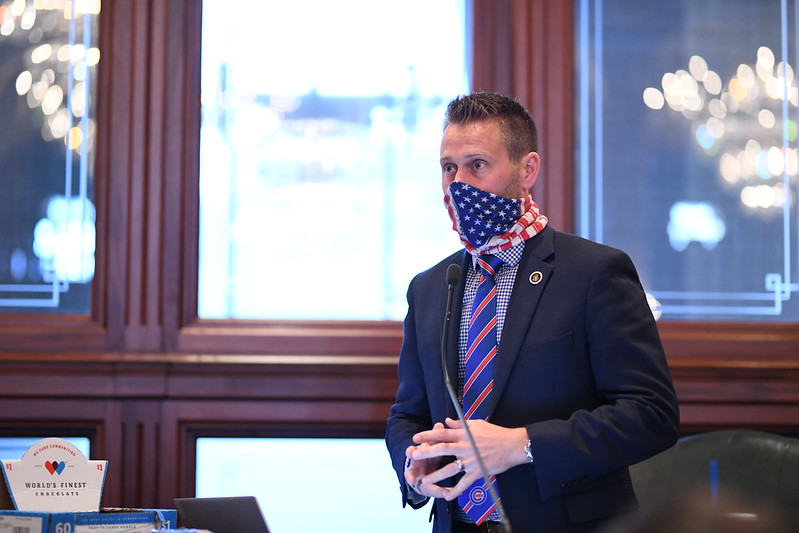 The Illinois House of Representatives voted today to pass legislation co-sponsored by State Representative Joe Sosnowski, R-Rockford, to impose a 10-year term limit on legislative leaders. The legislation is House Bill 642 and applies to the positions of Speaker of the House, President of the Senate, and Minority Leader of both the House and Senate.

“Today we spoke loud and clear – no more Mike Madigan’s, EVER,” Rep. Sosnowski said. “Putting a firm term limit on legislative leaders is long overdue and means an end to entrenched power in the same handful of people. Just a few short months ago, passing this bill would have been impossible. Now that Madigan is gone, we’re able to turn the page and begin the process of restoring accountability to Springfield. We voted today that no one, Democrat or Republican, can serve as Speaker of the House or Minority Leader for more than 10 years. I am a Co-Sponsor of this bill and am pleased to have helped pass it into law.”

House Bill 642 now advances to the State Senate for consideration where it is expected to pass. The bill was approved in the House of Representatives by a vote of 115-0-1, with only Rep. Will Davis (D-Hazel Crest) voting Present.