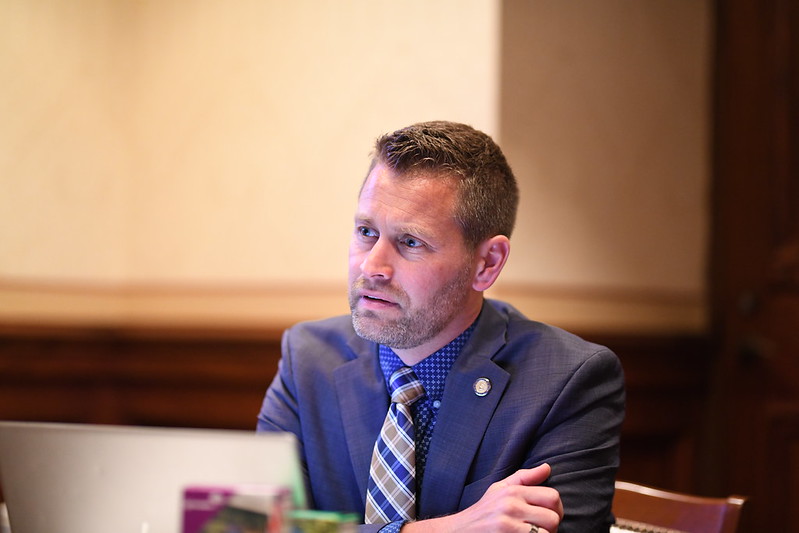 State Representative Joe Sosnowski, R-Rockford, took the oath of office on Wednesday at the inauguration ceremony of the 103rd General Assembly held at the Sangamon Auditorium on the campus of the University of Illinois Springfield. Sosnowski has served the 69th District since 2011, which now includes portions of Winnebago, Boone and McHenry Counties.

“Illinois remains on a path toward higher taxes and less individual freedom under Governor JB Pritzker and his allies in the legislature,” Sosnowski said. “We need more checks and balances in Springfield to make state government more accountable to families and taxpayers. In this new term, my focus will be on continuing to provide outstanding constituent service to local residents and assisting those who need help interacting with a state agency. We also need to pass legislation to strengthen our economy so that innovators and entrepreneurs can make Illinois a job magnet once again. The heavy hand of government cannot grow our economy, only the men and women of our small business community and manufacturing industries can. Government can help by reducing taxes and regulation and getting out of the way.”

Representative Sosnowski served as Alderman on the Rockford City Council representing Ward 1 prior to being elected to the Illinois House of Representatives in 2010. He worked 11 years at Rockford Christian Schools as the Director of Institutional Advancement until January 2020 when he stepped down to pursue a master’s degree in Public Administration at Northern Illinois University.

Constituents with questions or concerns on state issues or ideas for legislation are welcome to contact Representative Sosnowski’s district office at (815) 547-3436 or online at joesosnowski.org.